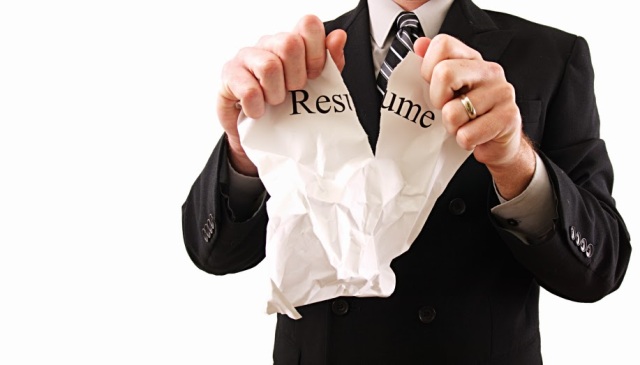 In one of the blogs that I wrote a few weeks ago, “How to Write a Killer Resume”, I discussed a few things to consider when creating your resume. I mentioned to check spelling and ensure that certain points were covered, but what I didn’t mention was what NOT to include on your resume. Today I am going to discuss a few common mistakes that I have noticed people tend to make on their resumes since starting in my position over a year ago. Depending on the position that you are applying for, some of these may not apply, but for the sorts of positions that I review resumes for, they do!

Putting anything on your resume that makes you look self-centred does not make for a very good first impression. Sure, if you’re an actress applying for a certain role or a model looking to be chosen for a shoot then maybe a photo would be appropriate. But when applying for a position in business or healthcare, do not include photos of any sort. An interview will take place and they can see who you are then.

I’ve seen people include quotes at the beginning or the end of their resume that they feel portray who they are, but it is, for lack of a better word, tacky. A resume is supposed to give a short synopsis of who you are as an employee; there’s no need for extras like photos and quotes.

Unless your hobbies include volunteering at an organization that’s similar to the one that you are applying to, possible future employers don’t need or want to know. Employers don’t need to know that you play volleyball every Sunday or that you like to go for bike rides with your family. They also don’t need to know that you won a pie eating contest back in 2009. They want to know if you would be the best candidate for the position, so only include information that will convince them of that.

As I had mentioned, screening resumes takes up a large bulk of the Recruitment departments’ time. So when we receive a resume that is difficult to read due to their font choice, it can be very frustrating and time consuming. Use something simple like Arial or Times New Roman.  Not only is it easier to read, it looks much more professional.

Employers do not need to know your weight, your age, your religion, your sexual orientation and whether or not you have children. In some cases it may sway the Recruiter to be more in favour of you as a candidate, but in most situations it is relevant and can be somewhat controversial.